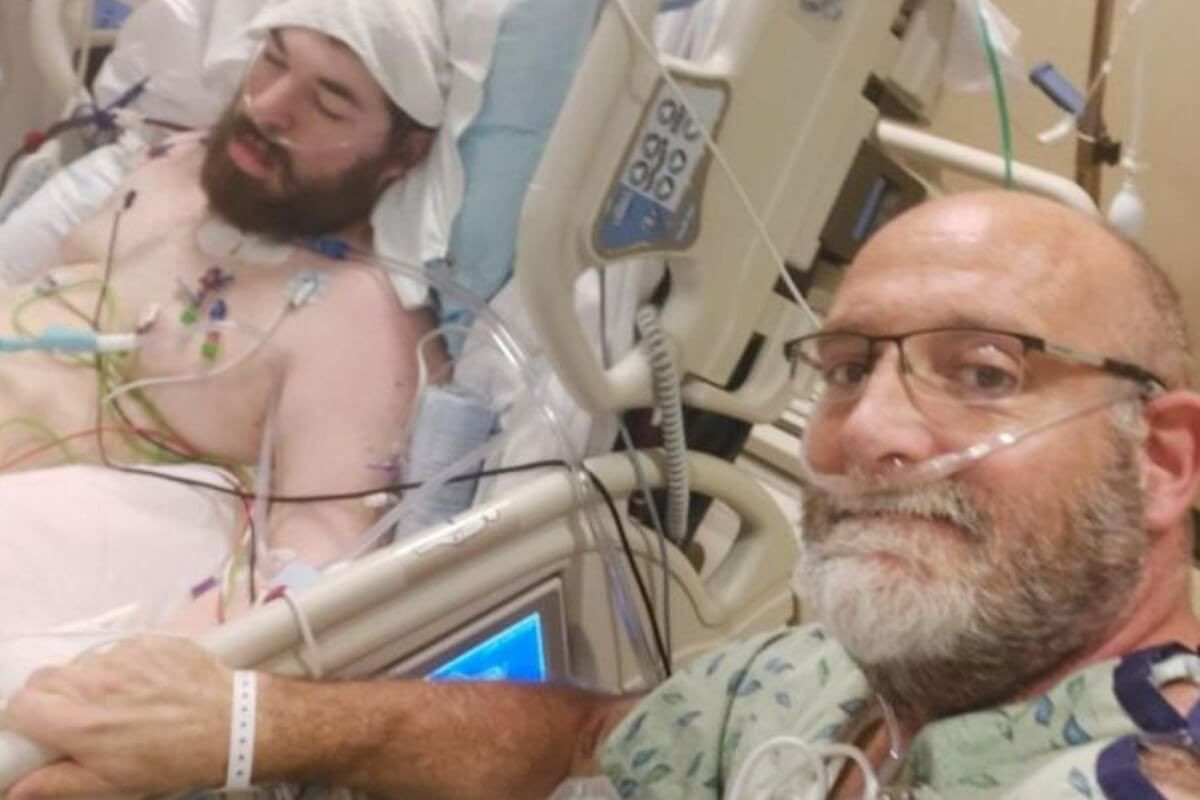 As a paramedic for American Medical Response, Garett Hensley transports COVID-19 patients across the east valley, then he became one.

"It was painful to get out of bed," said Hensley. The next thing he knew, it was him being transported to a hospital. "I was just felt really, really horrible, aches and pains and fever. I was getting up to 103.7."

His wife and two kids contracted the virus, too. He had no idea that his 25-year-old son, Nathaniel, who has autism, was suffering the most. That was until he saw him face to face in the same ICU room.

"There's a lot of tubes and a lot of wires. It was very emotional," said Hensley. "When I first saw him, yeah, it brought tears to my eyes. You know, I've never seen my son in that much distress, that much of an issue medically."

Doctors also found out that Nathaniel had diabetes. Luckily, he would eventually come off the ventilator and be reunited with his father, this time, at home.

"It's really good to be home with him," said Hensley. Even though they beat COVID-19, both of them are still struggling with the aftermath of the virus. It's gotten so bad that Garett hasn't been able to get back behind the wheel. "When I'm up moving around doing things," said Hensley. "Even with oxygen, I'm very, very winded."

Now, he's urging you to take precautions to save others a trip to the hospital. "It took me out and if you can do something to prevent that, then, by all means, do it," said Hensley. "It's no big deal to put a face mask on and social distance."