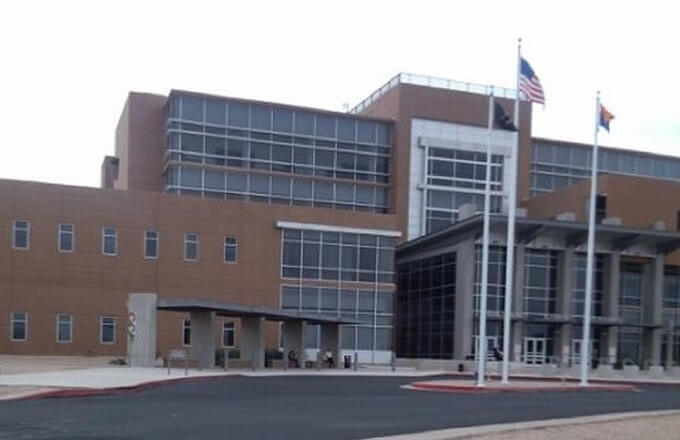 Today in Judge Stephen F. McCarville's court, the Arizona Corporation Commission (ACC) was asking for a permanent injuction against Johnson Utilities, requiring the utility company to provide access to everything necessary for Epcor to act as Interim Manager.

The case was originally scheduled to be heard in Courtroom 302 in Pinal County Superior Court, but was moved to Courtroom 4C to allow for all in attendance to have a seat.

McCarville made it clear from the beginning of the case that he had zero authority to decide if the Arizona Corporation Commission had reason to appoint an Interim Manager. The purpose of this case was to determine if an injunction was necessary in order for the Interim Manager that had been appointed, to do its job.

Two questions needed to be answered:

"If the answer was YES to the second question, there is no need for an injuction. If the answer is NO, then an injunction is needed," stated McCarville.

The ACC began their opening statements stating that they were looking for a permanent injunction against Johnons Utilities as the court had already issued a temporary injunction, which Johnson Utilities allegedly has ignored. Epcor, who was selected as the Interim Manager last month, needs access to the accounts receivables, accounts payable, payroll, billing systems and bank accounts in order to run the utility, all of which the ACC alleges is being denied.

"If you (the court) rule that Johnson Utilities must cooperate and comply", stated Defense Attorney Jason Kelly, "we will be back in this court every month or even every week." "There comes a time when Johnson Utilities is going to draw a line, and giving the Interim Manager full access to their bank accounts is where the utility company draws the line," continued Kelly.

Through cross examination and opening arguments, the defense stated that granting full access to all operating revenue of the utility is unacceptable. Johnson Utilities however, would be willing to set up a separate bank account, with $4 million dollars, that Epcor could use to run the utility. Troy Day, VP of Operations for Epcor, stated that would be unacceptable as any Interim Manager would need exclusive control of the operating revenues, access that would also prevent Johnson Utilities from withdrawing funds when they chose to do so.

A request had been made to include testimony regarding contempt charges however McCarville asked counsel to provide contempt memorandums by Sept 7, 2018 for review.

Judge McCarville is taking the case under advisement and will issue a ruling soon.

**A procedural hearing to determine if Johnson Utilities and its managers should be held in contempt of court, begins Friday August 24, 2018 at 9:30 am at the Arizona Corporation Commission.  The hearing may be watched live tomorrow here.**

Tags ADOR
PRINT
We use cookies to ensure that we give you the best experience on our website.
I accept