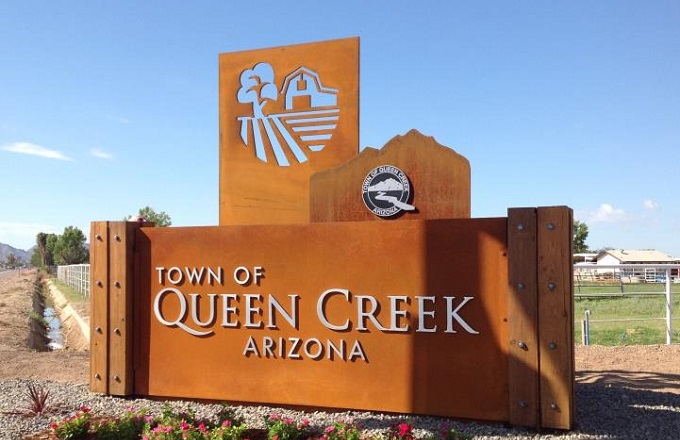 Leah Gumm, who purchased a home in Encanterra less than one year ago, has been leading the charge for Encanterra's annexation into Queen Creek. Leah's pro-annexation group notified Encanterra residents, for the second time, that an annexation application has been submitted to the Town of Queen Creek earlier today. The new application contains a revised map which no longer includes any land east of Kenworthy; instead it only includes Encanterra, Combs Traditional Academy, the JO Combs Unified School District Office, the medical plaza on Gantzel and the Fry's Plaza. Gumm states that the Fry's plaza is included in the map because it has "been in QC's planning area for over 20 years and is the commercial needed to support our rooftops."

In addition, Gumm claims that feedback has been received from Town Council "so the land to the east has been removed from the annexation map entirely," but we weren't able to find any Queen Creek Town Council open meetings or agenda items regarding an Encanterra annexation application. According to state law, the Town Council must hold a public meeting to confer on public matters, such as a possible annexation.

After speaking with several property owners in the professional/medical plaza, we learned that many were completely surprised their property had been included in the annexation map. Gumm's team, along with Queen Creek staff, were responsible for drawing the map but stated it was not their responsibility to discuss annexation with the commercial property owners prior to including them. "I found out about it from a patient of mine who lives in Encanterra and is opposed to the annexation," said Dr Jeff Shiflet, a business owner in the medical plaza. "That was the first time it was ever mentioned to me.  I went around to the other businesses in the Pinal Professional Village the following week, to see if anyone else knew about this and after speaking with eight other businesses that day, including the developer, no one knew anything about it." "Our team is not involved in that part of the annexation" said Gumm, "The role of our team is to educate Encanterra members only, as we are the property owners here and the only people who "vote" on the annexation by signing a petition in favor."

While only having just completed the very beginning stage of the process, Gumm claims she expects to begin acquiring signatures on petitions by the end of August/early September.

Gumm's update today also stated that Members Only Community Information Meetings will be held in the near future to give representatives from Queen Creek a forum to present the benefits of annexation into their Town, but those meetings will not be open to the public as only Encanterra property owners will have the ability to sign the annexation petition.

It appears as if annexation into Queen Creek is being driven by a few Encanterra residents who believe they are the only people who deserve a say in the map, access to information, and the only people who will be able to "vote". One can't help but wonder how the many property owners outside of Encanterra, who have been included in the map, feel about being excluded from this entire process. Does their opinion matter or is Gumm's pro-annexation group simply hoping there are enough residents within Encanterra's gates to force annexation into Queen Creek onto those commercial properties located outside of their community?

What is your opinion on why those commercial properties have been included without first being consulted?

New Revised Map, filed with the Town of Queen Creek, June 6, 2018, shown below 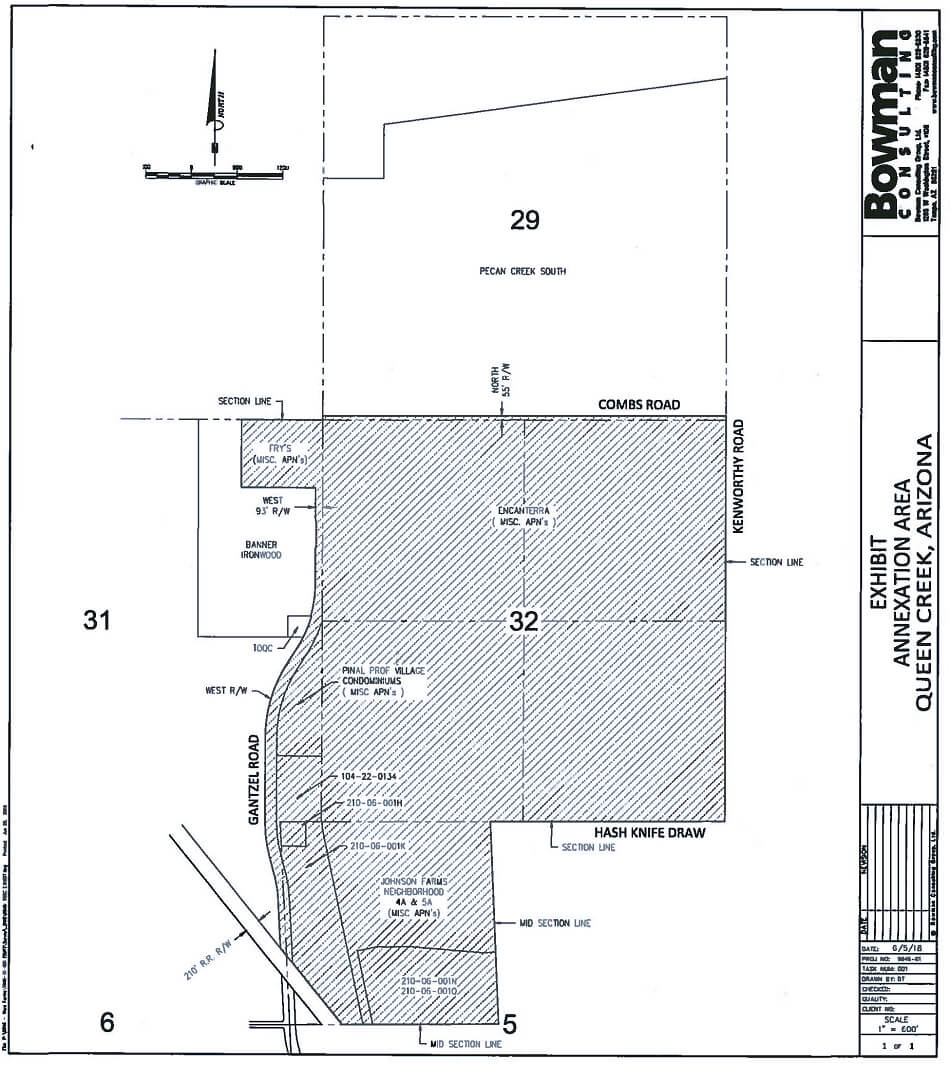 The original map, previously submitted to the Town of Queen Creek, can be viewed here.