Oct 23 Posted by SanTanValley.com in Education 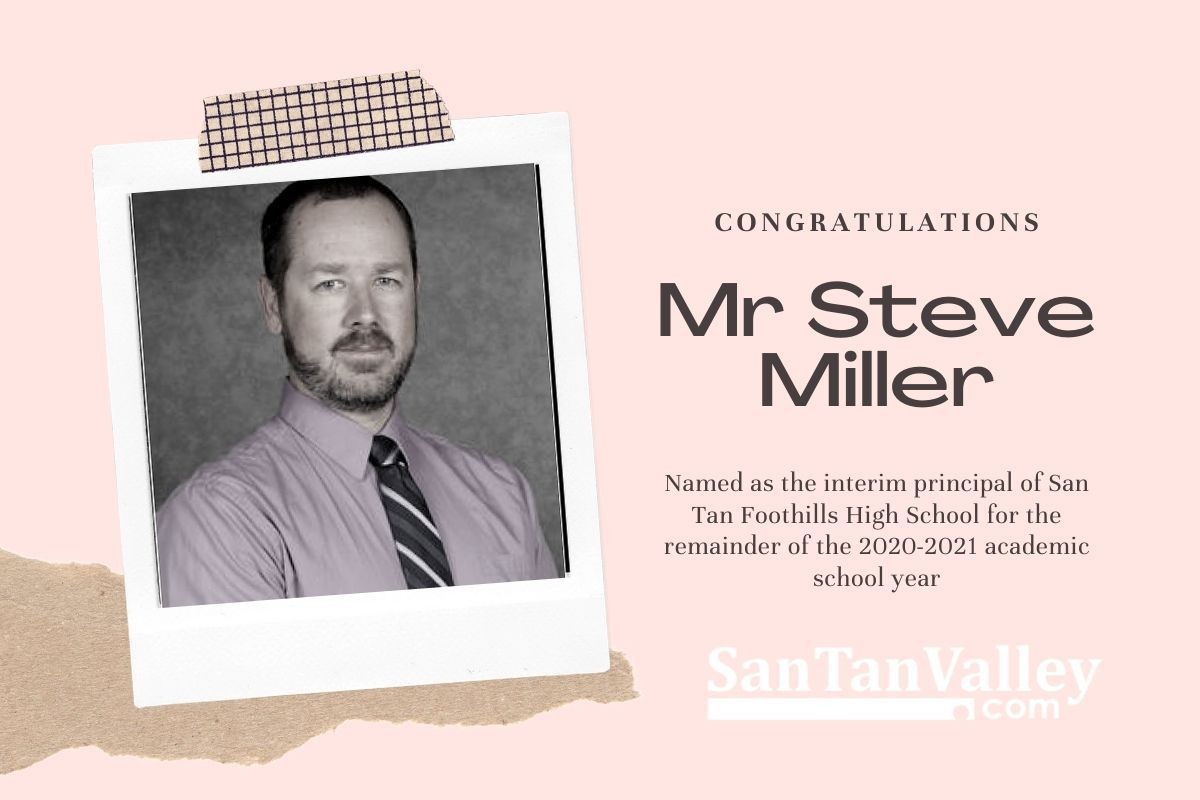 Florence Unified School District #1 announced Mr. Steve Miller as the interim principal of San Tan Foothills High School for the remainder of the 2020-2021 academic school year, pending Governing Board approval. Mr. Miller has been a Florence Gopher since 2009 when he began teaching at Florence High School. Since joining the Florence Unified family, he has served as a classroom teacher, mentor teacher, instructional coach, and assistant principal. During his tenure as teacher, Mr. Miller taught Computer Programming, Computer Animation, IB Psychology, IB 20th Century World History, and AP Government and Politics. Prior to his career in education, Mr. Miller served for 8 years in the United States Navy as a Military Police Officer and a K9 Handler.

"Having worked alongside Mr. Miller for many years, I am confident in his ability to lead the Sabercats and continue to build upon the school's spirit and culture that has made San Tan Foothills a place for greatness" Superintendent Chris Knutsen said.

Mr. Miller has a Bachelor's Degree in History from the University of Maryland, a Master's Degree in Secondary Education with a focus on Technology from Arizona State University, and a Master's Degree in School Administration from Jones International University.  Mr. Miller and his wife Erin, who also works in education as a high school guidance counselor, have two children who attend FUSD.
PRINT
We use cookies to ensure that we give you the best experience on our website.
I accept