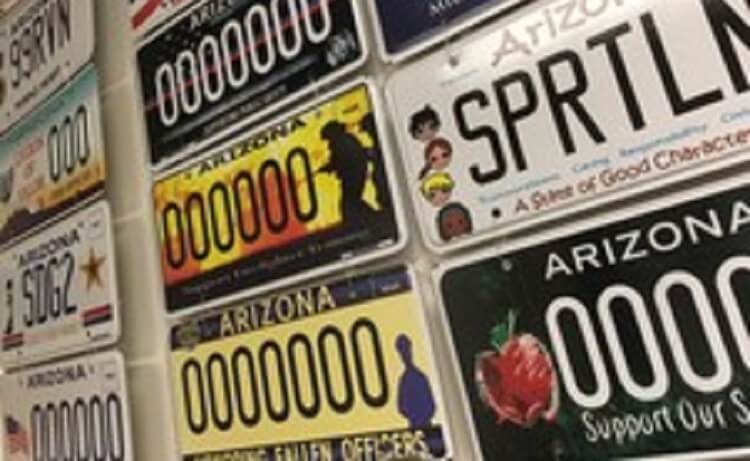 Specialty license plates each have a unique look, but one thing they all have in common is the ability to raise a record amount of money for Arizona charitable causes.

In Fiscal Year 2019, which concluded June 30, a total of just over $11.2 million were raised for endeavors ranging from support of Arizona veterans programs, Special Olympics, organ donation, hunger relief, university scholarships and many other causes.

“The specialty plate program is a real point of pride for Arizona and is a tremendous success,” said Arizona Department of Transportation Motor Vehicle Division Director Eric Jorgensen. “Raising more than $11 million in the last Fiscal Year proves Arizonans are both generous and eager to support great causes and organizations they believe in.”

Customers who wish to select a plate can go to servicearizona.com and once a selection is made may click on a link for more information that outlines which cause is supported by the sale of a particular plate.

Specialty plates are created by an act of the Arizona legislature and the program, which began in 1989, is administered by the MVD.

PRINT
We use cookies to ensure that we give you the best experience on our website.
I accept